One word. WOW! Unbelievable how Microsoft brings value and features that will certainly help everyone become more efficient in their day-to-day work. For sure we will have to wait a couple of months before we can put our hands on some of these but there is no doubt that Microsoft’s investment in Teams has become a one-stop-shop apps in our day-to-day collaboration.

You'll have to bare with me, being a francophone living and a french environment my English still needs work.

Try to do my best by doing something a bit different, so I hope you will enjoy it!

This long-time waiting feature is coming in October and will let organizers to split in multiple breakout rooms the current meeting. Every breakout room behaves like a normal meeting where you can chat, record, share files and presents.

They also tease us on what is coming later.

Meeting – Before – During & After

Meetings are more than having a single discussion for 30 minutes. We must plan and organize meetings, we want to be efficient by sharing meeting related information and nurture interaction. Well, Microsoft has listened and will bring great features that will help us achieve this.

Pre/Post meeting we will be able to add additional tabs that can be linked to other apps in context of the meeting. This will help in bring together everything in one place that is easily accessible.

During a meeting we will be able to customize the side panel and send notification such a real time poll!

Meeting recording associated with users will be now saved in OneDrive and those related to channel will be saved in SharePoint associated team.

This will bring nice features such as searched by video names, metadata and also transcript of all recorded meetings. You will be able to share videos like you share any file with people inside and outside your organization. Furthermore, the same analytics you have with documents will also be available.

Finally, this will also bring some important governance enhancement features such as automatic retention labelling or even automatic deletion of meeting video files after 90 days. This will help manage storage quotas and keep related information at the same location.

More than ever, it is the time to book meetings from Teams with channels instead of Outlook.

Like PowerPoint, presenters will soon have a “Presenter view” which will let you know what is seen by users, the notes taking and the following slides.

Attendees will have the opportunity to easily catch up on missing slides and easily jump back to the live presentation.

From together mode new layout, presenter spotlight and multiple layouts Microsoft brings a lot more flexibility to the table. Presenters will have the option to “Spotlight” aka force what attendees will see while attendees will have the options to define how they want to see the attendees and presentation. Finally, Dynamic view will let you personalize your view to show specific content side by side participants.

As for now any attendees can open and close their microphone. This may sound great but when making an event with a large audience it may be hard to keep control. Meeting organizers will now have the option to mute everyone by default, preventing them to unmute and allow per user microphone when needed or allowed everyone at any time during the meeting like for an Q&A period.

Transcript will have much more than only text. You will now be able to see who said what and go back to what has been previously said while in a meeting. This allows you to easily catch up on something you may have missed.

Having remote meeting might be hard to give people insights about what you just said during a presentation. As for now attendees have to open their microphone say "thanks" or add comments in the chat. Soon attendees will have the option to send their live reactions, like thumbs up, at any time during the presentation to let the presenter know what they are thinking about or how they feel regarding what has been said.

n the past we had to rely on Microsoft Teams or Stream for events with a large audience, but this also came with some draw backs and complexity. Soon you will be able to use Microsoft Teams with interactive attendees up to 1000 and the view-only attendees will be up to 20k. It will also come with an event registration form and email confirmation that will be customizable to fit business brand. This will also come with a downloadable Excel post meeting report to get advanced insight on who attended the meeting.

Don't forget that you can enable NDI in Teams and use Skype TX / Teams in addition with OBS to produce professional events without the need to hire an external firm.

Some of these features will require an add-on called Advanced Communications add-on for Microsoft Teams and will be given with a 35% discount until January 31, 2021.

Finding content in Teams is not as powerful as Office.com. Microsoft will soon bring all the power of Microsoft Search inside Teams and add additional features. It will be easier to retrieve and filter files and messages and preview will be much more convenient.

When creating new teams, we will have the option to create one from blank or existing one. Now in GA, we can create a team based on pre-defined or custom templates to help us standardize team structures. Let's hope that Microsoft next step is to bring SharePoint customization has part of the Teams template.

Let's users navigate your intranet without leaving Teams. The app will let you have a custom name and icon that match your organization brand.

Personal insights, insights for managers and for the leaders will be available at your fingerprint right from teams.

The Mobile app will also have bunch of new features. Here are some that caught my eyes.

There is so much more!

This is a brief overview of Microsoft Teams announcements this year at Ignite.

Don't forget to have a look at the other articles of this series.

Credit to Microsoft Ignite sessions & Microsoft Tech Community blogs where I've taken my picture and inspiration for this post. 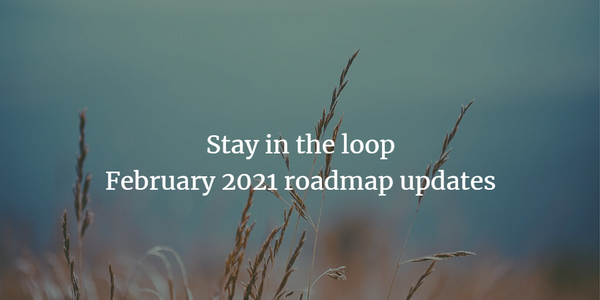 Stay informed quickly and easily with this monthly post bringing together the 317 features planned for release in February, the 74 features added in January as well as the ones that caught my attention!

Stay informed quickly and easily with this monthly post bringing together the 303 features planned for release in January, the 84 features added in December as well as the ones that caught my attention!